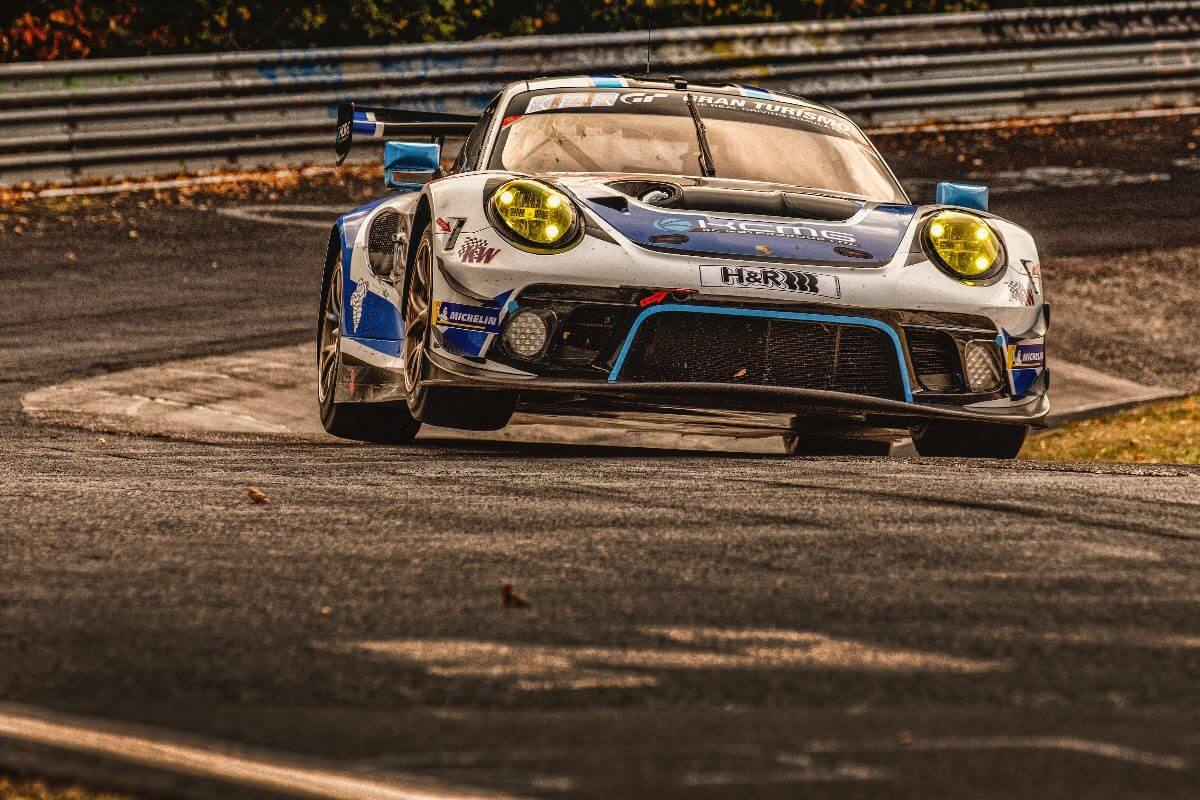 Following a late change in the line-up of the #18 Porsche 911 GT3 R, a COVID-19 precaution from Porsche, Earl Bamber, Timo Bernhard and Jörg Bergmeister partnered Dennis Olsen and demonstrated good speed straightaway despite the trio’s minimal preparation for one of the world’s toughest races.

After a dry start to proceedings on Thursday, Top Qualifying on Friday was made all the more challenging by heavy rain. Olsen, who drove both cars during the weekend, was second fastest in the first session but could not set a time in the subsequent one due to a technical problem which would start 17th as a result. The sister #19 car was 22nd on the grid after Alexandre Imperatori was ninth in Top Qualifying 1.

Both cars immediately came through the field at the start of the race, however, with Bamber and Olsen making it inside the top 10 within the first hour. Imperatori and Josh Burdon consolidated the position in the #19, while Bernhard’s stint was compromised by a spin on the Grand Prix section as he avoided contact. When Bergmeister took over, the charge resumed.

However, progress was halted at the seven-hour mark with a red flag due to the worsening weather conditions during the early stages of the night. It wasn’t until over nine hours later that the race resumed. Imperatori was spun around at the restart and as Edoardo Liberati attempted to bring the car back in contention, contact was made with another driver which sadly put the #19 out of the race.

Olsen, now in the #18, put in a stunning stint to pass four competitors in the first hour to improve to second. A change in the weather caused the Norwegian to slip back as the team had opted to stick with the wet tyres, and then during Bergmeister’s final stint he received a left-rear puncture after contact with another car.

The team repaired the damage in record time, staying in the pits for only 17 minutes but Bernhard emerged in 15th and brought the car home safely in 13th.

The Hong Kong squad hopes to have better luck in its next venture with Porsche at the TOTAL 24 Hours of Spa on 22-25 October. 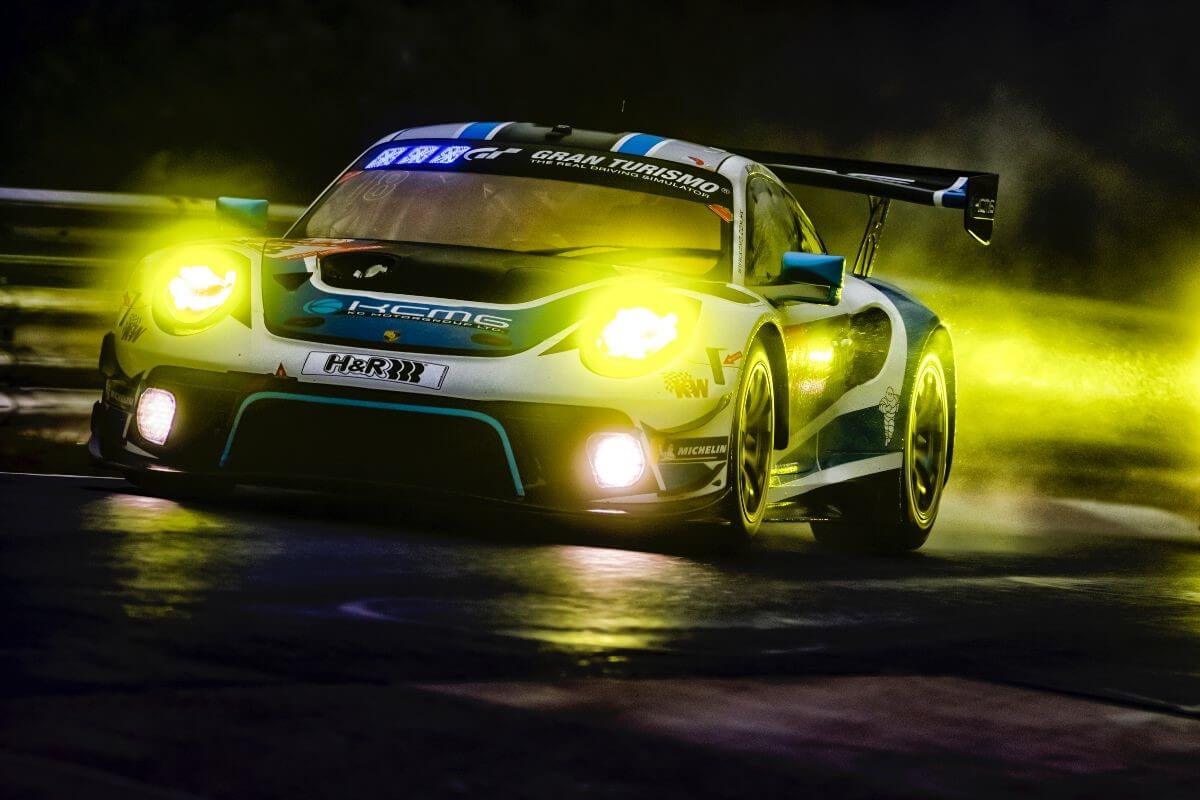 Earl Bamber, #18 Porsche 911 GT3 R: “It was a really tough race but KCMG did a great job throughout. We were on for a top five finish, probably even better, but we were unlucky with some late contact which put us two laps back. We still managed to finish the race with one car and definitely showed a lot of potential and speed. I definitely think we can return to fight for the overall victory, so thanks to the team and we’ll come back stronger.”

Timo Bernhard, #18 Porsche 911 GT3 R: “I enjoyed working with KCMG a lot this weekend. The conditions were really difficult so survival was critical, especially as three of us were just jumping in the car with minimal preparation. All the best to the team for the future.”

Jörg Bergmeister, #18 Porsche 911 GT3 R: “Big thanks to everyone at KCMG for welcoming us, it was an absolute pleasure driving for them and it made this extremely challenging event much easier. Unfortunately the outcome was not what we expected, but that’s racing at the Nordschleife. Best of luck to the team in their future endeavours.”

Dennis Olsen, #18 & #19 Porsche 911 GT3 R: “Tough weekend for us but the crew worked really hard throughout the weekend to get the most out of it. We did a good job to get through to Top Qualifying 2, but unfortunately we had a technical issue on the car and could not do a proper lap. At the start we moved up quite a few positions, but at the end of the day it was a challenging race in very tricky conditions with a red flag during the night. It was a positive restart in the #18, getting up to P2 but we were on the wrong tyre at one point and lost some time and struggled to come back. Then unfortunately we had contact with another car from a lower category and lost a lot of time there. Not the result we hoped for, but for sure we showed speed and the team did a great job. Hopefully we can return with a bit more luck and fight for the podium or even a win.”

Alexandre Imperatori, #19 Porsche 911 GT3 R: “Obviously I’m very disappointed. We wanted to get to the finish with a good result for the team. We had a fast car for the mixed conditions, but we got spun round on the restart after the red flag. Then as we were fighting to get back in contention, Edo got a hit and went into the wall. But we showed the car was competitive and we will be stronger next time. Thanks to the whole team for their efforts this weekend.”

Edoardo Liberati, #19 Porsche 911 GT3 R: “We were in the game for a top six finish all race long, despite the challenge of mixed and changing conditions. Unfortunately, with four hours to go a slow car didn’t see me, we collided and it sent me into the wall. We showed great strength and potential in our first Nürburgring 24 Hours with Porsche and we can take away many positives from this weekend, so thanks to KCMG for all their hard work this weekend, I’m extremely proud of everyone in the team.”

Josh Burdon, #19 Porsche 911 GT3 R: “It’s been a challenging Nürburgring 24 Hours. Crazy conditions with heavy rain and fog during the night made it very difficult, but everyone in the team did a fantastic job and we comfortably fought inside the top 10. It was disappointing to end our race early when Edo was hit by a slow car. Nevertheless, my thanks to everyone at KCMG and my team-mates who have been great this weekend. I’m hungry to try again next year.”

Matt Howson, Team Manager: “Losing key personnel and drivers just a few days before the event was a huge challenge, but the entire team did an amazing job to adapt and, despite difficult conditions in one of the toughest races in the world, we were competitive throughout. Even though the result wasn’t what we hoped for, it was a strong display of what KCMG can do and I’m immensely proud of every team member. Big thanks to Porsche and all our drivers for their performances, we know we can come back stronger in the future.”

Paul Ip, KCMG founder: “To make the finish of this crazy race is an achievement in itself, especially when you consider the weather conditions and the late change in our driver line-up. All things considered this is a performance we can be proud of. Naturally, we hoped for a better result but there are many positives to take away. The team performed well and we were in contention for a podium. So we will take what we have learnt to our next 24-hour race at Spa-Francorchamps and be stronger.” 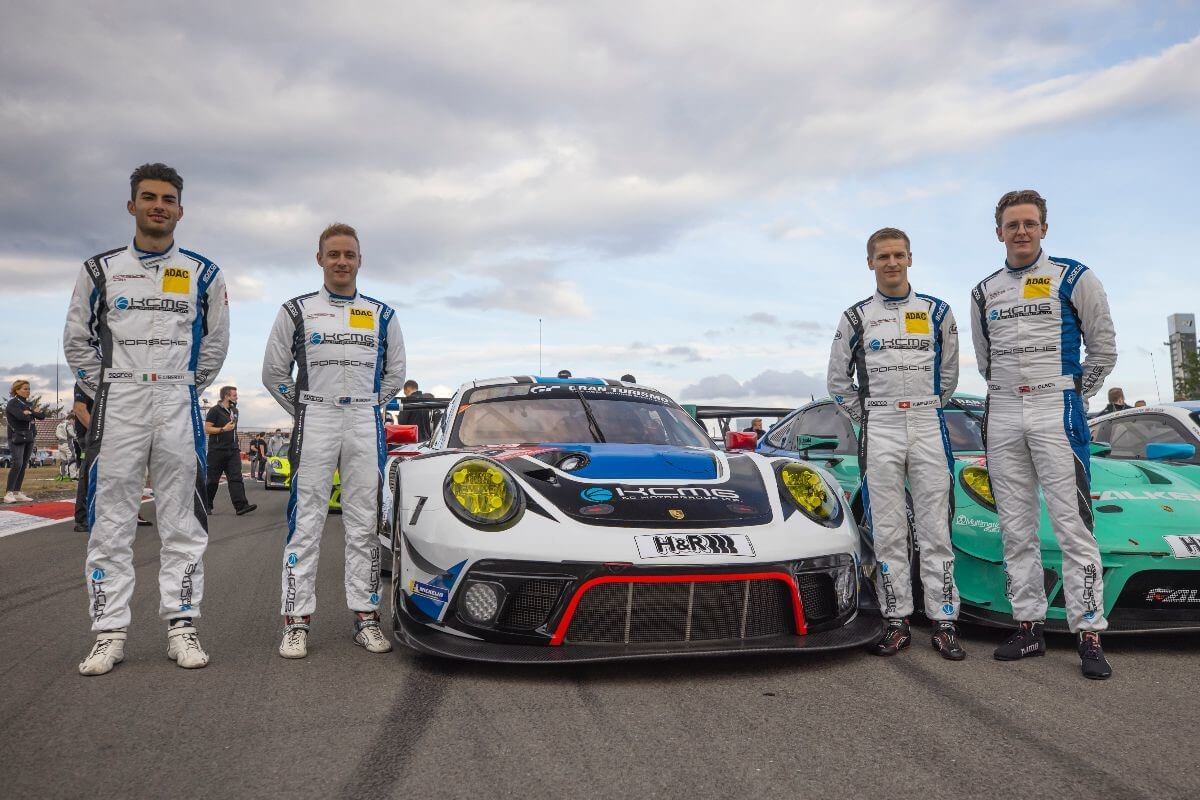