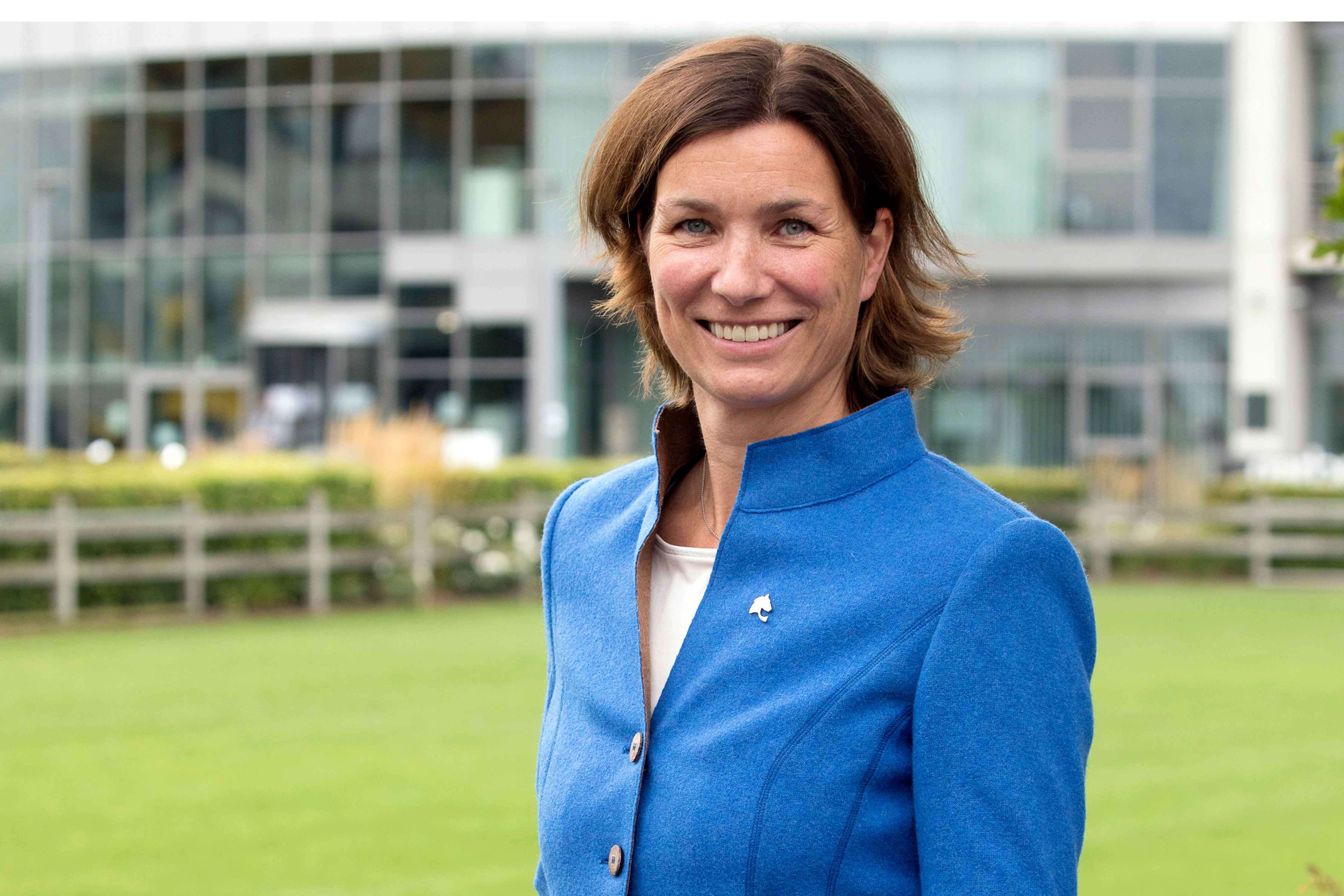 The vote was unanimous, 144 members were present at the General Meeting of the ALRV, Stefanie Peters was unanimously elected as President. The meeting had been postponed from April to the present date due to the Corona pandemic. The meeting wasn’t held in the Press Centre as usual, but instead open-air in the Deutsche Bank Stadium.

Stefanie Peters was delighted to be elected as the first female President in the 122-year history of the ALRV. She noted that she does indeed realise the magnitude of the task, but “we will face the many tasks of the future as a team, so I am very much looking forward to it.” Stefanie Peters has been working at the CHIO Aachen on a voluntary basis for over 30 years – in a wide range of functions. Among others, she served as Discipline Manager of the Dressage, she has been a member of the Advisory Board since 2008. She could have perhaps even taken up a career as a professional rider, “but others definitely have more talent there,” the managing partner of the Neumann & Esser Group stated. She did nevertheless in the past compete twice at the CHIO Aachen in the dressage.

Stefanie Peters’ sincere thanks went to her predecessor, Carl Meulenbergh. She stated that he is always reliable, authoritative and direct, a problem solver and pragmatist so to say. The members also paid tribute to him: First of all, there was tremendous applause and then they elected Carl Meulenbergh as Honorary President. Wolfgang Mainz was also acknowledged with applause – a member of the Advisory Board for 17 years, he now stepped down on his own request. Stefanie Peters stood for election with a team united behind her, in addition to herself the Advisory Board now comprises of: Baron Wolf von Buchholtz (Vice President), Peter Weinberg, Wolfgang “Tim” Hammer, Dr. Thomas Förl and Jürgen Petershagen.

It was by no means easy for Carl Meulenbergh to say farewell. After all, it is not as if he will be shedding a burden: “I always enjoyed doing the job and went about it with great passion,” Carl Meulenbergh stated. Previous to this he had reminisced about the last CHIO Aachen, the CHIO Aachen 2019, a fantastic show. “I couldn’t have wished for a better last show. We have made the best out of having to cancel the CHIO Aachen 2020: The “CHIO Aachen digital”, a totally new format was initiated, on Friday the world elite of the show jumping scene will be competing at the famous Soers stadium in the scope of the “Aachen International Jumping” and on Tuesday morning the future-looking project the “CHIO Aachen CAMP” was presented – “All” of this goes to show how vibrant the CHIO Aachen is even during these Corona-stricken times and how strong the brand CHIO Aachen is,” commented Carl Meulenbergh.

A spectacular event could be awaiting Aachen and Germany in 2032: Bringing the Olympic and Paralympic Games to the region – that is the aim of the “Rhein Ruhr City 2032” initiative. Michael Mronz, the initiator, presented the concept to the ALRV members and specifically underlined what will arise and can be developed as a result of and not merely for the Games. Themes such as connected mobility and digitalisation could be pushed forward significantly.

The evening was brought to a pleasant close with a live rendition by the brass players of the Aachen Symphony Orchestra under the direction of the Musical Director, Christopher Ward. To the sound of “Muss I denn…“, the outgoing President and now Honorary President, Carl Meulenbergh, was driven from the stadium in a carriage, with all present waving their in Aachen obligatory white handkerchiefs.

The following were distinguished for their long-standing ALRV membership: 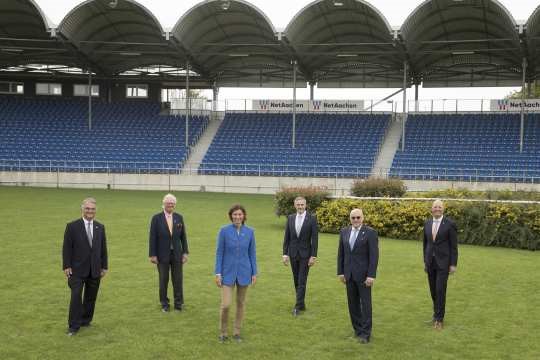